Scaled Robotics began with an ambitious vision. The company is rethinking the construction process by helping customers drive inefficiencies and rework out of construction. To achieve their vision, the Scaled Robotics team turned to artificial intelligence (AI) and robotics. Scaled Robotics uses robots—along with LIDAR, cameras, and other advanced imaging—to conduct precision scans of construction sites. The Scaled Robotics cloud-based platform then analyzes the data to spot quality issues and to monitor construction progress. Plus, AI helps to predict and prevent problems before they happen. Here’s how it works: One of the Scaled Robotics autonomous robots conducts a detailed site survey. As it moves through the site, the robot’s laser sensors capture the details as a point cloud. Other types of imaging supplement the data in the point cloud. The robot sends the data to the Scaled Robotics cloud platform for processing. Users explore issues on a color-coded 3D model that highlights deviations from the design model. AI helps rank the priority of issues, identifying areas needing attention. The process even reveals Health and Saftey issues, such as holes in edge protection.

Collecting precision data from across a construction site is a time-consuming task. Normally, an operator has to use cumbersome equipment to capture a point cloud of data. Scaled Robotics solved that challenge with its robotic devices, which can efficiently collect data. Quickly processing a massive quantity of point cloud data is a potential stumbling block that Scaled Robotics addressed with its cloud-based platform. But how to display the information? The team initially experimented with standardizing design model data and creating a custom viewer. But that route proved more of a time drain than expected, so Scaled Robotics explored other viewer options.

How Scaled Robotics solved it with Forge

The Scaled Robotics team decided that Forge offered the best fit for the company’s needs. The combination of the Forge Viewer and the Model Derivative API supports more than 60 file formats. With the Viewer handling display and the Model Derivative API extracting metadata from design models, the Scaled Robotics team estimates that they save as much as two months annually of time formerly spent maintaining a data parser. They’re using that time to enhance the processing and analytics aspects of their application.

A project in Oslo highlights how using the Scaled Robotics platform drives errors out of construction projects. Analysis from Scaled Robotics revealed that a steel beam was installed 14 cm out of position. The Forge-powered display helped the construction team find and explore the problems, which they then fixed in less than 24 hours. Site managment missed the issue. But if the problem hadn’t been fixed? More beams would have been installed out of position, and the prefabricated concrete headed to the site wouldn’t have fit. The project would have faced days or even weeks of rework and delays—instead of the quick fix that kept the project on track.

Forge highlights include the following:

"Developing a parser that matches Forge takes months, and that’s only one workflow that Forge handles for us. Forge saves us months annually."—Stuart Maggs, Co-Founder and CEO, Scaled Robotics 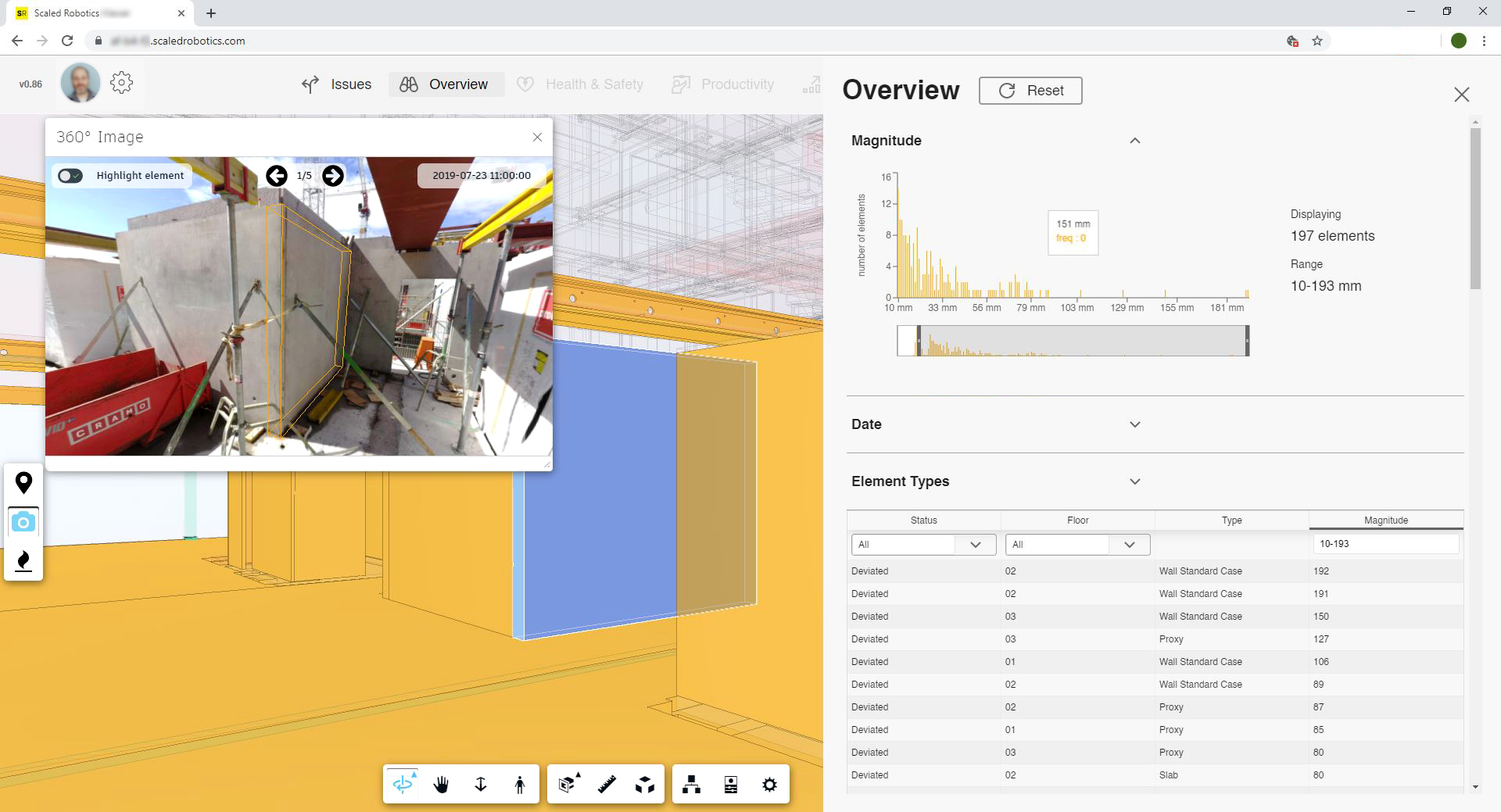 Ready to Get Started?

Try Forge for free by setting up an account and free trial. Explore the resources to learn about the solutions you can build using design and engineering data.