I majored in Computer Science at the University of Louisiana in Lafayette from 1977 to 1981. During that time, I was a member of the Association for Computing Machinery (ACM). Admiral Grace Hopper (who was Captain Grace Hopper at the time) spoke at one of our ACM meetings. She told fascinating stories about why software defects are called bugs (i.e., because a moth flew once into the machinery and created an error) and how one can envision a program's inefficiency that wastes a nanosecond (she held up a wire about 8 inches long).

I mention Admiral Grace Hopper because this week is Computer Science Education Week (CSEdWeek), an annual program dedicated to inspiring K-12 students to take interest in computer science. Originally conceived by the Computing in the Core coalition, Code.org organizes CSEdWeek as a grassroots campaign supported by 350 partners and 100,000 educators worldwide. CSEdWeek is held in recognition of the birthday of computing pioneer Admiral Grace Murray Hopper (December 9, 1906).

In support of an Hour of Code, here are some videos featuring children of Autodesk employees:

Autodesk Forge is our application program interface (API) platform and supporting materials (sample code, manuals) as well as a community of developers who uses those APIs. Although Forge is intended for our customers and 3rd party developers to be able to use our web services, we use Forge for our development of the cloud-based services that we offer. Our customers and partners can leverage Forge in the same ways that we do. Autodesk Forge is where Code meets Make.

We think of Hour of Code as a first step in cultivating future Forge developers. 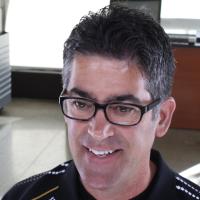