Over the years we've had queries constantly about how to integrate Viewer with real-time data to
create data intensive IoT apps so today let's walk through a beginner friendly sample to get us started...

Our sample here appends the markups by creating DOM elements to visualize sensor data and placing them ahead of the Viewer's scene by their coordinates converted from the world positions of model nodes corresponding to the senors' positions while maintaining their positions as we navigate through the model scene - the very same approach brought to us by Augusto and Xiaodong previously and you may find their articles below:

And refer to these if you are after appending 3D geometry as markers to the scene:

Introducing FeathersJS - a full-stack Node.js framework for building real-time apps. With it you'd have all the wherewithal at your disposal out of the box to handle real-time data both in the UI and the  backend using a symmetric set of APIs. Under the hood FeathersJS should actually be chalked up as a meta-framework that upon "usual suspects" such as Express and Socket.IO, except that FeathersJS wraps its APIs around these building blocks and saves us the groundwork and chores so we could concentrate on the apps themselves.

For our sample we simulate sensor feeds with random mock data and use externalIds (which are basically the same as the identifiers (component IDs) from the model editors) to associate sensors with component nodes in Viewer:

FeathersJS is actually an alternative to the more mainstream choice of the same kind known as the MeteorJS, of which we can find a sample with Viewer below: https://github.com/dukedhx/viewer-meteor-sample

Putting it All Together

As usual let's stick with react-scripts to scaffold the project except that for this time around we cranked it up a notch with react-app-wired along with custom build scripts to customize the build process without ejecting, which is also quite a common concern raised by developers that we often had to address ... :

Try the below challenges yourself and let us know how you go: 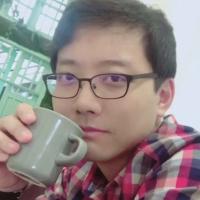