Docker has been around for a couple of years already, it is a hot open source project that allows you to deploy your applications in containers adding a layer of abstraction. This Docker adaption is growing, and it is growing fast. If you want to learn more about what Docker is and what the benefits of it are, you can check these following resources.

In this post we will use the simple Tutorial application shared in the past with many of you. If you would like to go over the Node.js app I will recommend doing so since this will give you a good base to get started with Autodesk Forge platform. The app lets you authenticate, create buckets, upload files, translate files, use the Forge viewer to visualize the recently translated files. You can find the Tutorial here. Make sure you pick the Node.js server option since this post will be dedicated to Node.js in Docker.

Once we are ready with our Forge Node.js application we will start with the process of dockerizing our app. The goal of this example is to show you how to get a Node.js application into a Docker container. The guide is intended for development, and not for a production deployment.

Here are a few names used on this tutorial (from Docker Glossary):

The guide also assumes you have:

The Dockerfile defines the container and actions to be performed on initialization.

Note: A Dockerfile is a text document that contains all the commands a user could call on the command line to assemble an image. Using docker build users can create an automated build that executes several command-line instructions in succession. This page describes the commands you can use in a Dockerfile .

Assuming you have a project similar to the tutorial, at the root of your project, create an empty file called Dockerfile, from your terminal you can type the following:

Open the recently created Dockerfile in your favorite text editor

The first thing we need to do is define from what image we want to build from. For the base image, we will use the latest LTS version node:carbon this is the BUILD part.

Note: If you want to find out more about what code name “carbon” is you can read more about it here. Be aware that specifying the version of Node is also another option.

Next, we will create an app directory and set its location to it.

Now, we will copy the package.json and package-lock.json into the container work directory.

We will install the app and copy the app code to the container image.

We are now done with the BUILD part and we will start cleaning up the dockerization (is that even a word??) process.

We will copy the app from the BUILD stage

We will create ENV variables since our Node.js app uses them in the config.js file. The value of our keys will be passed at the time of run time of our container.

We will use the same port as our original application, but we still need to define it.

Last but not least, define the command to run your app using CMD which defines your runtime. Here we will use the basic npm start which will run node server.js to start your server:

Create a .dockerignore file in the same directory as your Dockerfile with following content:

Tip: if you are using git, just duplicate your .gitignore and add .git folder (usually hidden). This will prevent your local modules and debug logs from being copied onto your Docker image and possibly overwriting modules installed within your image.

Go to the directory that has your Dockerfile and run the following command to build the Docker image. The -t flag lets you tag your image so it's easier to find later using the docker images command:

At the terminal, at the first time, it will start downloading the node:carbon. Then you should see steps 1 through 11, similar to the following:

Now, your Docker Image has been created. You can check your recently created image ID by typing

Running your image with -d runs the container in detached mode, leaving the container running in the background. We will also pass in the values for our Forge Client ID & Secret ENV’s.

This will output your image Id. Congrats you have now dockerized your Forge Node.js application and it is running on port 3000.

You can also start your container by specifying a port mapping:

Then is the port 3000 of your container mapped to the port 3001 of your local machine. So that you can access it through localhost:3001. See also the docker run reference for more details.

In order to get your container ID, you can obtain it with the following command.

Followed by printing the logs of that container.

Head over to http://localhost:3000/ to see your Autodesk Forge application running with Docker

Next time I will show you how to scale this to a Production environment using AWS ECR (Amazon Elastic Container Registry). Thanks for reading. 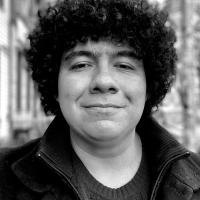 Jaime Rosales is a Senior Developer Advocate with Autodesk Forge. He’s part of the team that helps partners/customers create new products and transition to the cloud with the use of Autodesk’s new Platform - Forge. He joined Autodesk in 2011 through the acquisition of Horizontal Systems the company that developed the cloud-based collaboration systems—now known as BIM 360 Glue the Glue. He was responsible for...